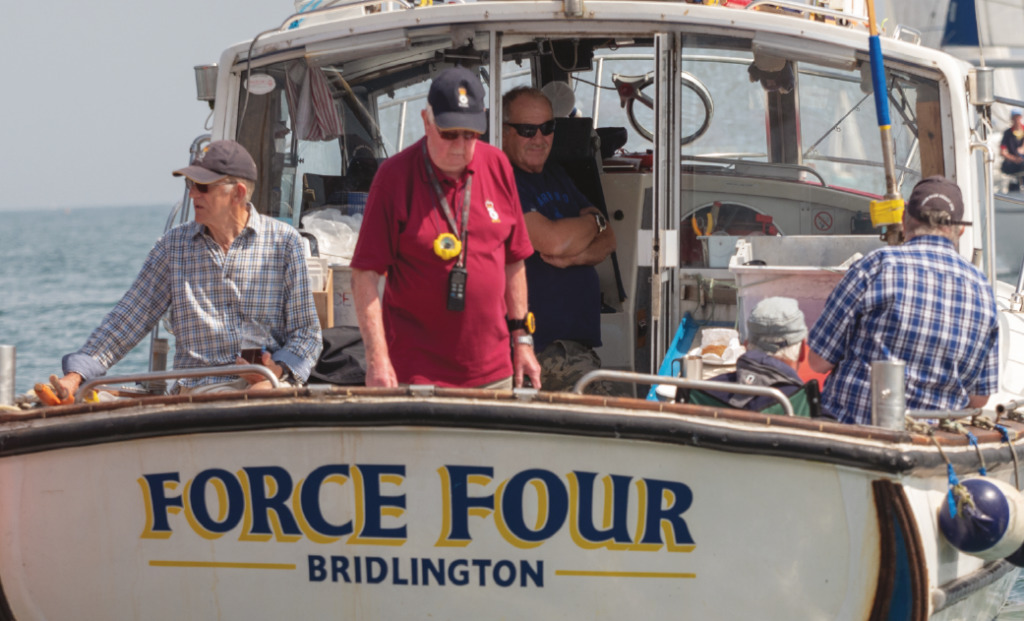 Regatta of 2019 was a mixed bag of weather with Tuesday been cancelled due to too much wind. It was nice to see the large amount of boats out on the water but sad not seeing our regular visitors due to a number of reasons but hopefully they'll be back next year.

The sailing from the YOD fleet was very close with Blackie and Iolanthe fighting it out for first and second places. It was nice to see Ditherumpop back on the water and racing with new owner Christian Brash. Patience's enabled us to get a younger generation into the YOD fleet and making John Rix proud with their first weeks sailing together and coming sixth, even after retiring from a race and coming back into the harbour to carry out repairs to be ready for the next day's racing.

This year the cruiser fleet was split into IRC and BHS classes, the IRC class was very close on corrected time between the boats but the new sails definitely worked for Diva and Sting letting them lead the fight.

Whispy came through leading the way with a full sheet of 1st for the BHS class, giving Kir Royale a second till their water pump failed.

It was nice to see Tessador with Keith, Bob Higginson and Phil Wright back out racing together, first place went to Daisy dog but through the week second place was shared between True blue and Tessador. Plans are now under way for next year's regatta, with new sport boat / day boat class.

Report from the Committee Boat:

Regatta week yacht races are special because they are started and finished at sea by a boat called the committee boat skippered by Barry.

The courses are decided upon to give the participating yachts a challenging first leg directly into the wind in order to test the skill of the competing helms. The Club RIB manned by Kevin and Brian is used to place turning marks in suitable positions. The race officer Peter 1 and Timekeeper David are assisted by Jim, Peter 2, and cadet Jack. A carefully timed sequence of flags is used to signal four different class starts and the boats are timed for a set three rounds of the course. This is then repeated for a second set of four class races.

The results for the two one design classes are easily decided as their position is simply the order in which they cross the finish. The other two handicap classes need to have times taken adjusted by a handicap figure and positions allocated using their corrected time. The first over the line does not always win.

This year 9 of the 11 set races were sailed.

Report from the Cruiser Fleet (Thanks to Mike Kaye):

The delay in approving the IRC rules, had a negative affect on visiting yacht numbers this regatta as most would not travel again to race against sports boats. By the time the IRC rules were in place it was too late for 2 boats to arrange to come. As a result the

cruisers this year were split into 2 classes.

Neil Orum's WHISPY broke all the rules by not letting another boat have a win. She won all 9 races. Steve and Dennis's KIR ROYALE had their first glimpse of silver as 'runners up', but broke their engine in the process.

As the serious business got started, it soon became obvious that the fleet would be spread out on the race course, but decided by seconds on corrected time. Bob and Tim on ENIGMA broke everything and were forth as a result. Mike and Sue's AQUAHOLIC, always in contention, broke their younger female crews' spirit with a spectacular downwind incident on windy thursday and were third overall. Gerard and Richard broke in their new sails on STING and were worthy 'runners up' winning both of windy Thursday's races. Mike and Tina's DIVA managed to break STING'S 'vision' of overall victory by being the most consistent with 4 firsts and 4 seconds to count as winners. Brother Garry on SUNFIRE didn't allow Jeremy to break his concentration (talking non-stop for 7 hours) and pipped Mike by seconds on corrected time to win the overall coastal trophy.

Report from the Contessa 26 class:

The 2019 Regatta saw 4 Contessa 26's competing in the Contessa 26 class. Steve Travis and Kevin Travis' Daisy Dog, crewed by Nick Smith Keith Richardson's Tessador was helmed by Philip Wright on most days. Nice to see Phil on the water! Keith and Bob and Jacob reduced to crewing duties!

Steve Wood and Keith Poole's True blue was crewed by Danni Sellars, and occasionally Jane Morris. Cliff Lake's Halcyon Days, crewed by Kieran and Josh Lake, made up the rest of the fleet.

Racing in the class was dominated by Daisy Dog, which won all the races in the bay. True Blue and Tessador had much closer racing, almost trading paint on occasions!

Cliff and the "Team Lake" on Halcyon Days, were still getting to grips with Contessa racing, but they had a good time, gaining experience every day. Class Results were

We're all looking forward to continued competitive sailing in our class!

Regatta Week is always made by the visitors that come year after year to one of the only week long sailing events on the East Coast. Although not as many as usual in their own boats we had a lot sailing in members boats. The RYYC now runs a dedicated IRC class so the handicap system is taken from the yachts own handicap. For any yacht that does not have one they can join the BHS fleet.

So for future years we hope to see more visitors to our week long event.