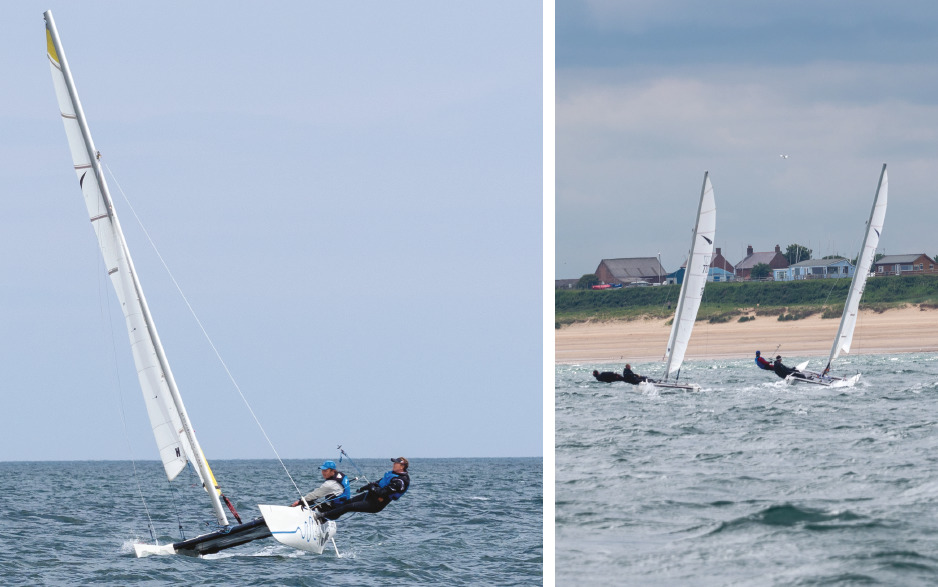 As another year starts we can look back with pride at what has been achieved over the past season at Blyth Park.

Our season started earlier than usual , with three RYYC boats plus two crews, traveling to Thailand to compete in the dart 18 world championships in Pattaya; see the full report on page 6. Alyesha Monkman crewing with Dan Norman (IOSSC) finishing in an excellent 3rd place overall, also Mat and Jakob Exon finishing in the top 10.

Club racing has been ultra-competitive with battles at every level throughout the fleet. A massive effort was made by our membership to make sure the UK Dart 18 Nationals were a huge success, this really put our club on the map as a serious contender to host the world championships in 2022.

Prize giving was held at Rags Restaurant and was well supported. There was a new trophy this year kindly donated by Trevor Lorne for the most improved helm. After over 25 races points were equal between Steve Bissell and Roger ???l! Roger just won on a count back! Steve has made a great contribution to the club with his unbridled enthusiasm to contribute, race and compete. However, he's now on first name terms with the inshore lifeboat crew! There has been an occasional capsize! There is a full list of winners below

The "Baines Trophy Race" on Boxing Day was extreme to say the least, with a gusty force 5 south easterly!! 10 hardcore sailors braved the elements with team exon coming out with a narrow win. Pie and peas were served at Windsor crescent along with a few pints afterwards, thanks to the Baines family for organizing and doing prize giving at the club.

We will be electing a strong dinghy committee at our upcoming AGM and look forward to another great year on and off the water, with a new race program now completeLooking forward to seeing you all on the start line (hopefully at the right end !!!) It would be difficult to thank everybody individually on this report as it was such a team effort, but thanks go out to our sponsors and the general committee for their continued backing and making sure things went to plan.