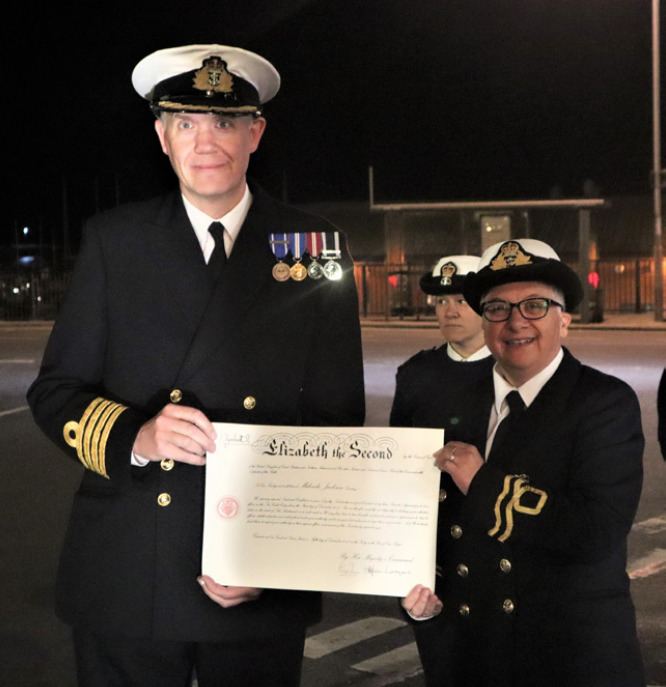 Bridlington Sea Cadets have had an amazing 2019 and one where we have grown considerably in strength, skills and cadet numbers, with the support and coaching of the RYYC for which we are most grateful.

Our year started with the RYYC former Commodore Steve Stanton awarding Cadet 1st Class Jack Allsopp with the Cadet of the year trophy. This is a trophy that comes with a reward of sailing for free, on one of the Sea Cadet Corps sailing or power vessels for a week. The voyage can usually cost a cadet around £350. Tall Ship TS Royalist is a firm favourite with previous winners, but Jack chose the 24m TS Jack Petchey.

Early in the year we also took ownership of a fabulous Trinity 500 rowing boat that is manned by 4 cadets on the oars and one on the helm, the boat cost £3000, £2,000 of which was raised by a grant from the Marine Society and the other £1,00 by the Small grants from the town council.

Our boating season commenced in April joining Scarborough Sea Cadets at Wykeham Lakes on Tuesday evenings, many of our cadets have racked up significant qualifications under the RYA training courses including Powerboat, Windsurfing, Sailing and rowing. 3 of our training staff now have safety boat qualifications which widens our opportunities to get the cadets out on the water. We are still short of a RYA qualified sailing instructor and if anyone at the RYYC has this qualification we would be delighted to hear from you.

Another of our cadets, 12-year-old Abbey Harrison, won a competition to sail on the 5-day long Challenge 72 tall ship race, an opportunity of a lifetime. She sailed from Newcastle down to Ipswich with other teenagers selected from all over the country.

Our cadets have been involved in numerous RYYC events and activities this year and have enjoyed the all very much. A contingent joined in the Man Overboard exercises with the RNLI in July and learned a great deal. They were also involved with the Dart 18 Nationals Regatta in August, assisting the sailing crews on the beach by reuniting them with the launch trolley wheels. Our presence at dinners and function has become a very popular spectacle with the team waiting on as RYYC cadets and doing morning and evening colours as Sea Cadets during regatta week. More recently a small contingent in full No1 dress pipped aboard guests at the RYYC annual prize giving.

The biggest event of our year was a visit the RYYC club house by Captain Philip Russell RN on the 1st of October, where in the presence of the Lord May of Bridlington, Liam Dealtry, Lifeboat operation Manager, Keith Turnbull and RYYC Vice Commodore, Julie Lodge, the Captain gave us the official standalone sign off to separate from Filey SCC and become TS. Pathfinder.

Lt M. Jackson was also awarded the Queens commission given to all officers serving as CO in a volunteer role.

An amazing year that gives us a fabulous start for next year, we are really looking forward to sailing with you in 2020.